The Jagiellonian Law Society is an accredited CLE provider.

The opinions, interpretations of law and facts, and any views expressed during CLEs contain opinions and views of the CLE presenters only.  These opinions do not necessarily reflect any official position of the Jagiellonian Law Society on any CLE topic or related matters and should not be construed as such.

Poland and Rule of Law - Where Are We Now?. joined teleconference program presented by the ABA International Law Section, International Human Rights Committee, with the gracious support of the Jagiellonian Law Society (JLS) as a Cooperating Entity

In this informative teleconference, the panelists will provide a report of the current status of the judicial reforms in Poland in the context of Polish recent history.  We will discuss various aspects of proposed as well as already implemented judicial reforms and highlight the resulting issues and complexities. The panelists will discuss a hotly contested debate about the effective level of judicial independence, and the proper role of judges, lawyers and prosecutors in the modern Polish state.

Dean Mikolaj Pietrzak, Dean of the Warsaw Bar Association and former Chair of the Human Rights Commission of the Polish Bar Council

This program has now been qualified for CLE credits in Pa. The fee is $75 for 1.5 credit hours.  If you wish to participate and obtain the CLE credits, please contact:  theJagiellonianLawSociety@gmail.com or go to our website www://jagiellonianlawsociety.org.  Links to applicable laws, several judicial decisions, and other relevant materials, as well as CVs of the speakers will be provided to the attendees of the CLE.

2019 marks 100 years of Polish American diplomatic relations. To honor that occasion, Jagiellonian Law Society, in conjunction with the Philadelphia Chapter of the Kosciuszko Foundation, would like to invite you to a free lecture (and a CLE program ) dealing with Two First Written Modern Constitutions, namely the American Constitution of 1787 (the first in the world) and the Polish Constitution of 1791 (the first in Europe).

Both constitutions were quite revolutionary at the time of their drafting, both stemmed from long-standing local legal traditions while also being quite interconnected due to many personal friendships between the drafters of both documents. The lecture will examine these ties and the significance of these two documents.

The lecture will take place on October 27th, 2019, at the Museum of the American Revolution (MAR) located at 101 South Third Street, Center City, Philadelphia, at 5:15pm.

This CLE program will be followed by a reception.

The event is an accredited Pennsylvania CLE program. The lecture is free. The cost of the one (1) hour CLE program is only $45.00. To register for the CLE program, please email Frank Chmielewski at: chmielewski@theinstitutes.org with a copy to thejagiellonianlawsociety@gmail.com

US was the first county to have a modern and written constitution and Poland, equally, was the first such country in Europe (with France being the third one).  This CLE will compare the principles of modern democracy as established by the US and Polish constitutions and explore the  historical legal context in which the Polish constitution arose.  While both countries had distinct historical roots and underlying legal and constitutional traditions, their constitutions were grounded in several shared principles, many of which survive to this day.  We will examine the underlying legal theories of what are the proper role of various branches of government and examine the role of lawyers and legal systems in the modern democracies. We will aslo examine underlying ethical obligations of legal professionals in protecting the rights of the citizens and maintaining the democratic rule.

Upon graduating from the University of Pennsylvania Law School in 1977, Mr. Toczydlowski served as law clerk to the Honorable Edward J. Bradley, President Judge of the Court of Common Pleas of Philadelphia.  In 1979, he joined the Philadelphia District Attorney’s Office where he tried more than 2,000 jury and non-jury cases in the Trial, Juvenile, Narcotics, and Investigation Divisions.  For more than eleven years, he supervised investigative units, managing sophisticated investigations involving undercover operatives, the grand jury, and electronic surveillance and monitoring.  He was also for a time detailed to the U.S Attorney’s Office for the Eastern District of Pennsylvania as a Special Assistant U.S. Attorney.  Eventually, as Deputy for Policy and Planning, he was responsible for managing the District Attorney’s $46 million dollar budget. In 2006, he left the DA’s Office to create and supervise the Gun Violence Task Force, a collaborative effort of the Philadelphia Police Department, the Pennsylvania Attorney General’s Office and the Philadelphia District Attorney’s Office.

In 2011, Mr. Toczydlowski retired from public service and began a solo law practice.  That same year he was retained by the Archdiocese of Philadelphia to assist in its efforts to respond to the Philadelphia Grand Jury Report concerning the sexual abuse of minors by clerics.  In April of 2018, he closed his practice.

Mr. Toczydlowski has served as a consultant to and speaker for the U.S. Department of Justice, the Bureau of Justice Assistance, the National Institute of Justice, and the National Prosecutor’s Research Institute.  He has taught as an Adjunct Professor in criminal justice at both the Community College of Philadelphia and Drexel University.

Mr. Toczydlowski is a retired Colonel (06) of the U.S. Army Reserve Judge Advocate Corps, with more than 30 years of service.  His last assignment was as State Emergency Preparedness Officer for the State of Pennsylvania.   He is a member of the Jagiellonian Law Society where he has previously served on the Board of Directors. 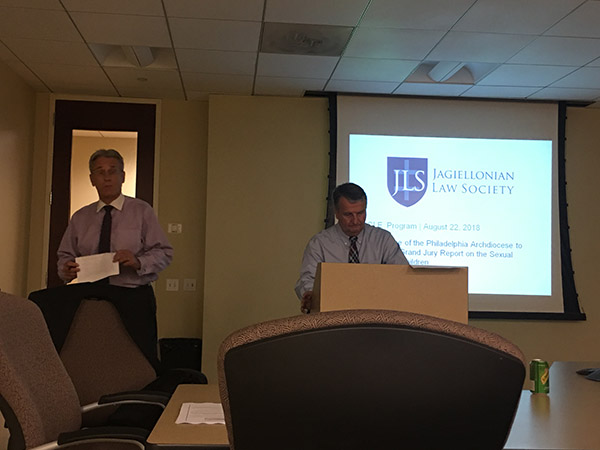 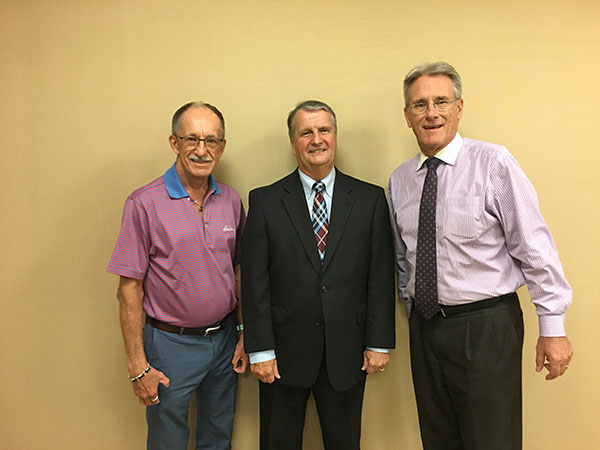